How to Handle Your Next PR Crisis

At some point in time, every brand will experience a PR crisis. When bad press hits it presents you with an opportunity to either, a) come back better than ever or, b) do some serious damage to your reputation.

In fact, a recent survey by PWC noted that 69% of business leaders reported experiencing a crisis over a period of five years, with the average number of crises being three. Even worse, according to the same survey, a crisis-agnostic management strategy is the hallmark of a resilient organization, but only 35% of survey respondents have a crisis response plan that is crisis-agnostic.

We want you to be prepared to handle anything that comes your way — right away — because bad news travels fast. That’s why we’ve created this handy guide with 8 tips to help you manage your next crisis — or better yet, prevent one.

1. MONITOR - Employ social listening so you can see what is being said about your brand online.

Recent research shows that in the second quarter of 2022, the average time spent on the internet per person was 397 minutes (six hours and 37 minutes) per day. That’s a whopping chunk of the day, and means, quite simply: Folks are online more so than ever before. So, when lousy press hits, people will rush to social to share it and express their opinions on it.

Worse, your audience could learn about the bad press before your PR team does. But what if you could be alerted as soon as possible? Because let’s be honest, the longer you wait the worse your company is going to look.

Brands should always have a finger on the pulse of what is being said about them online. Of course, it’s hard to keep track of everything that is expressed in the media, and that’s why you should use a tool like Brand24.

It can monitor brand mentions on the web and notify you when your name comes up. It can also track sentiment, which means it can tell you if what is being said about your brand is positive or negative — so that you can act right away when it’s the latter.

2. EVALUATE: Understand the audience behind it.

It might surprise you to know that the people circulating and reading PR about your brand are journalists, or “haters” and online trolls. Meaning not people in your actual targeted audience.

Wouldn’t it be nice to know who is actually upset by the article?

NOW Affinio can tell you just that! By simply inputting the article being spread, NOW Affinio will surface the exact audience that is sharing and reading it. What is valuable about this step, is that sometimes what you deem as a PR crisis is actually not a crisis. As noted above, it’s important to know if your actual personas care, or your current and potential customers care. There should still be an action plan in place regardless for the negative press — but knowing if it’s your actual audience that cares about the negative press is far more important.

So, if your audience does appear to be the ones sharing and reading the bad press, then you know you have to make things right and put out a message. NOW Affinio will also help surface insights to help you craft messaging and build out audience-targeting strategies when there is a need to do so.

3. ANALYZE: Gather the facts for insights

If you don’t have all the information on the details of the crisis, you could just end up making things worse. Make sure you have all the facts before you go into planning mode. You will undoubtedly feel pressure to put a statement out right away, such as this example where Delta Airlines had to cancel thousands of flights, blaming it on a power outage, when really it was their equipment that had failed. Georgia power called them on their mistake, which caused confusion for Delta customers when they had to retract their initial statement. It also makes its PR team look like they have no idea of what is actually going on. Another example to learn from is Walmart's bungled attempt to profit off of Juneteenth. After the solidification of the holiday in America, Walmart released the Great Value brand's Juneteenth ice cream, named after the day that all American slaves finally became free. Despite this holiday being celebrated throughout history by the Black community, it took decades for it to become a national holiday.

“Backlash was swift, with customers calling out Walmart as greedy, disrespectful, and exploitative of the holiday. The company swiftly pulled the product from its freezers and issued a brief apology: ‘We received feedback that a few items caused concern for some of our customers and we sincerely apologize. We are reviewing our assortment and will remove items as appropriate,’” reports Sandra Latham of Cheapism.com. Long story short: don’t be like Walmart. 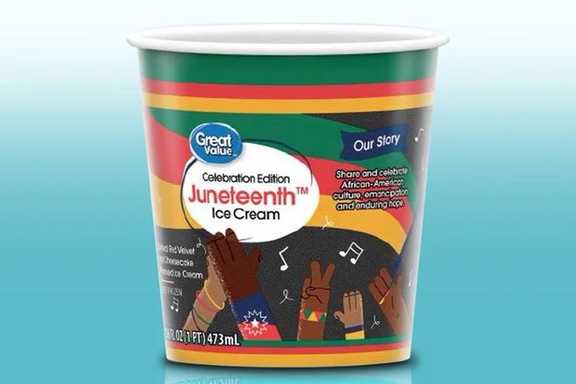 4. STRATEGIZE: Create a PR Crisis Plan that can scale.

Once you understand the entirety of what went wrong, it’s time to come up with a plan of attack. The more you know about the audience circulating the story, the stronger your strategy will be.

Using an audience insights tool that can give you a summary of the audience you are talking to. The insights will help with the tone and the overall message you are trying to craft. Your messaging should declare what you know about the problem and what you intend to do, being as honest and transparent as you can — avoid putting a “spin” on it.

Once your plan is in place, everyone on your team must be very clear on what they are responsible for.

Everyone on the team has to be on the same page since everyone with any connection to the business might be questioned about the issue. The facts, the plan, and any other pertinent information should be known to everyone, including those who might not be directly approached by the media. This can decrease the chances that you’ll have to do backtracking or statement reversals throughout the process.

Your strategy should include timelines, goals, channels, and measurements.

5. MANAGE THE SITUATION: Control the narrative.

Throughout this process, your goal should be to control of the narrative. Don’t allow the media and the general public to form opinions and assumptions before you tell your side of the story. And when your side is public, make sure you are keeping track of what is being said in response to your statement. Are there things you missed that you still need to address?

Appoint someone on your side to keep the lines of communication open with your audience, don’t leave them wondering and coming up with their own theories of what happened.

6. NO SPIN: Always tell the truth.

Do not sugarcoat or avoid the truth. If you want to be taken seriously, and be seen as a brand that is treating the problem, be as transparent as you can in your discussions with stakeholders and consumers. Offer frequent updates on how you're addressing it.

Nobody enjoys being misled or feeling as though their voice is not being heard. You'll make more progress at reversing perceptions in your favor the more you can interact with the folks whose trust you are trying to acquire.

Your apology should also include what you will do in the future so that the crisis you are under fire for doesn’t happen again. If your company is in the news because it was exposed that your female employees get paid significantly less than your male  employees, people will want to see your action plan, and they want to stay updated on your progress. You won’t be able to just sweep it under the rug. The type of brands that come out on top are the ones that don’t just make amends, they put programs in place that make them a better company than they were before.

8. EDUCATE & PREVENT: Learn from your mistakes.

An internal investigation should be put into place to determine why this happened in the first place - so that history does not repeat itself! How may the incident have been avoided? How successfully did your team handle this circumstance? What modifications can you make going forward? Are there any other perceived risks? Are there other issues you were also ignoring that could hurt you in the future? Turn this PR disaster into a learning opportunity for the whole company, come out better than before, and earn the respect of your customers along the way.

Taco Bell is a good example of a brand that did this - who turned a PR crisis into an opportunity. Back in 2011, they were hit with a lawsuit alleging that their seasoned beef was only prepared with 35% actual beef. This wasn’t actually the case - but instead of Taco Bell just dismissing it, or contesting it in court, they built an entire campaign around it. They made a commercial for Facebook and Youtube, that showed their beef was made with 88 percent pure beef and 12 percent was their “secret recipe”, then they went on to tell viewers all the ingredients included in their “secret recipe”

This open and honest campaign was a success, the case was ultimately dismissed, and Taco Bell brand remained unharmed and with a solid reputation for integrity.

Although we hope that your brand doesn’t end up on the hot seat in the news, we want you to be prepared. So the next time you’re name is trending in the media, and not in a good way, revert back to these tips! We’ve made it super easy for you to handle your next PR crisis by outlining what to do and when to do it, in this checklist.